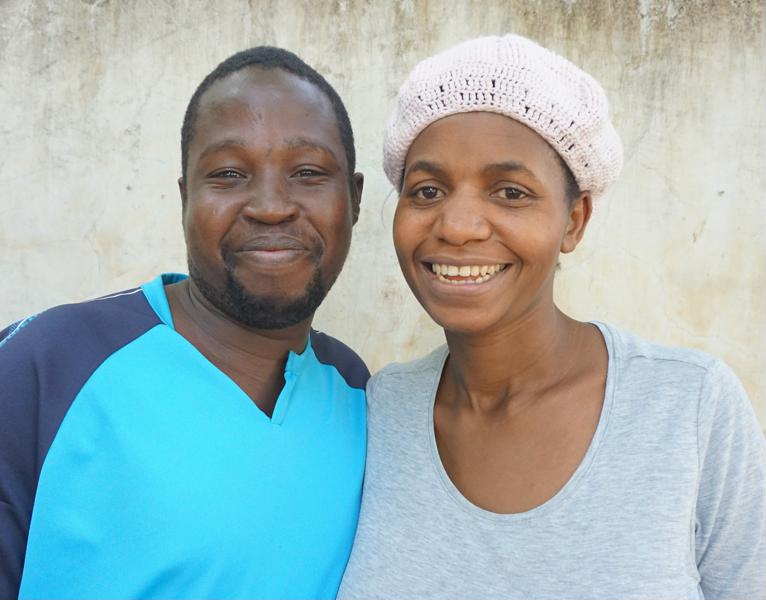 “I am from Tanzania and was raised by my single mother after my father left our family. My mother worked on a farm and lovingly cared for us until she died of tuberculosis. I was 12 years old and left alone with my 14 year old brother. We were taken in by one of our aunts, who unfortunately had alcohol problems and maltreated us badly. To avoid abuse, my brother and I fled to Nairobi, Kenya as minors. There we lived together with other homeless children and teenagers on the street and collected bottles and cans for recycling and sale at the market during the day. Nevertheless, we were usually very hungry. I found a family and allies in the other homeless children. I separated from my brother and wandered aimlessly through the streets and cities. I was not interested in education because I had learned to take care of myself. One day, when I was trading on a new market near the Tanzanian border, I met Sarah and we immediately got along very well. She sold “second-hand” clothes and I helped her to transport her goods daily for a small fee. Over time we became friends.

Sarah’s big wish was to go to school. She told me that her stepfather refused to allow her to do so. He thought it a waste of time to teach a girl and her mother didn’t have enough money for the school fees. Instead, Sarah had to take care of her two younger brothers, otherwise she felt her stepfather’s anger. After several years of our friendship, Sarah, herself from Tanzania, had to return home after her two brothers had completed secondary school in Kenya. Since she was the only person who was really close to me, I followed her to Arusha. I longed for a family and a familiar environment again and was grateful to be able to live with Sarah’s family from then on. While I was working as “caretaker” for them, Sarah went to the market every day. There I continued to accompany her daily and could observe how good she came along with the children and how caring she was to them. Every day small, homeless children approached Sarah and asked her for help. She bought them food and gave them clothes to wear. With her last money she paid for an English course for me.

From foster family to orphanage operator: The Hope Home is founded

One day in 2008, when we found two small children sleeping under a bank, we took them to the nearest police station. A social worker asked us to temporarily take care of the children until they would find their parents again. No one came and looked for them, so they remained in our care. Sarah decided to open a small preschool for disadvantaged children and most of the children we knew from our days in the market came to school. At that time Sarah was pregnant with her first son David. David’s father denied paternity and Sarah’s stepfather kicked us out of the family home. With our last money we rented a small two-room house where we took in 25 street children. I took a job to earn money and pay a teacher for the children. Sarah went from church to church and from organization to organization to ask for food support and rent. Now that we felt like a family with all the children, we decided to live as a couple. This was the only way we could get the government’s permission to care for the children who would otherwise have had to return to the streets. 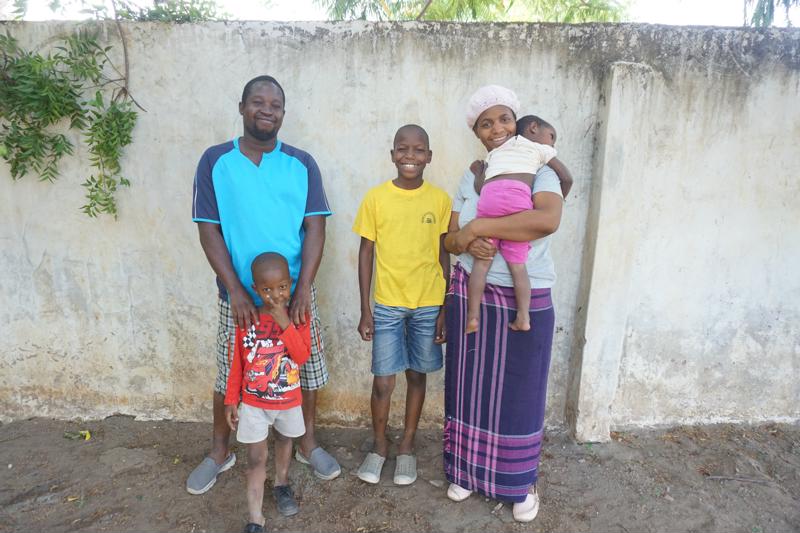 As we often lacked the necessary money for the rent, we were forced several times in the following years to move with all 25 children. Together with social workers, we therefore agreed to find foster families for the majority of the orphans and, if possible, to support them financially in the purchase of school uniforms and materials. Nevertheless, it often happens that the children have to return to us because of the difficult living conditions in the foster families.

Meanwhile Sarah and I fell in love and live happily as a couple with David, Sarah’s son, and our two children Pastor Joseph and Maya together and run the orphanage “Hope Home”. We take care of the orphans and half-orphans who need our help. We live together with the children under one roof. So we are a big family with a colourful hustle and bustle around the clock. All children understand each other well, give each other support and care, and support us in the household when and where they can. Our greatest effort is to make it possible for every child to attend school and receive a good education. We are very believing Christians and educate the children in the faith that gives us and them stability.”