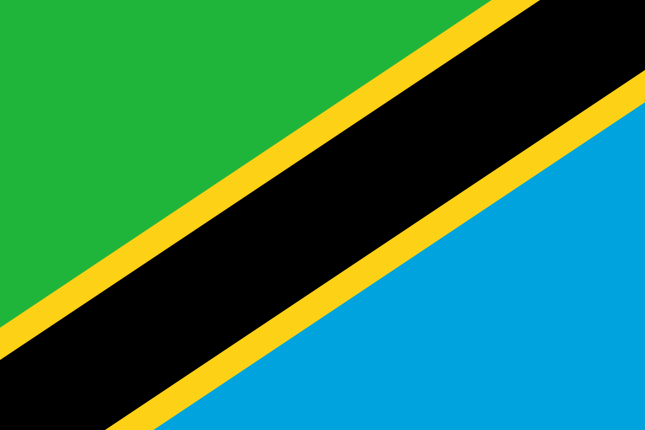 Tanzania is a state in East Africa and with about 58 million inhabitants the fifth largest country on the continent. The state covers an area of 950,000 km² and is about three times the size of Germany – with about three quarters of the German population. So there is plenty of space.

Tanzania borders Kenya and Uganda to the north, Rwanda and Burundi to the west and Congo, Zambia, Malawi and Mozambique to the south. Tanzania is situated on the Indian Ocean and borders three of the largest lakes in Africa:

A large part of Tanzania is characterised by wet and dry savannahs with baobab trees, also known as baobabs. Legend has it that this is a tree planted upside down by the devil, as the crown of the tree consists of strong, often seemingly shapeless branches that form a widely projecting crown. When unleaved, the crown of branches resembles a root system. Besides wet and dry savannahs, semi-deserts and coastal plains make up the rest of the landscape. In the northeast of the country rises the highest mountain in Africa: the Kilimanjaro with a height of 5895m, which the orphans of the Hope Homes can see every day. That is why they know snow, even though they are growing up in one of the hottest countries in the world.

In the northwest of Tanzania lies the Serengeti, one of the most famous national parks in Africa. If you are lucky, you can see the “Big Five” on a safari there. The term comes from the time of the big game hunters and means the five animals elephant, rhino, buffalo, lion and leopard – but not because of their size, but because they were the most difficult and dangerous to kill.

Building up the country

Tanzania is a popular travel destination, partly because it is one of the most politically stable countries on the continent. However, it is also one of the poorest countries in the world – even though you quickly feel like you are in Monopoly. The currency is Tanzanian Shilling, which is equivalent to about 0.039 Eurocent. If you buy something here for 20 euros, you have to put notes worth 50,000 Tanzanian shillings on the counter.

Tanzania is subdivided into 31 administrative regions, whereby Zanzibar is managed as a sub-state comprising five administrative regions. Dodoma is the capital of the state, but the coastal city of Dar es Salaam is the seat of government. Only about 35 percent of the population live in cities or urban areas. The remaining people live in rural areas.

There are 130 different African tribes in the population on the mainland. The largest single ethnic group is the Sukuma (about 12 percent of the population). The children in the orphanage Hope Home also belong to different tribes: Nyakyusa, Nyaturu, Chagaa, Meru, Massai… The tribal affiliation is based on the father.

For centuries, the population has also included people whose ancestors immigrated from the Arab world (especially on the island of Zanzibar) and India, which was under British rule at the time. There are also still few descendants of European settlers living in the country. There are also refugees from Burundi and the Congo.

The population of Tanzania belongs to different religions: About 40 percent are Muslims, 40 percent Christians and 20 percent follow traditional African religions. About 125 languages are spoken, although Swahili (Swahili) and English are the official languages of communication.

Tanzania’s infrastructure is limited and less well developed with increasing distance from the coast. On the east coast are the economic centres with direct access to the ports. The country’s road network has a total length of 86,472 km, of which only 7,092 km are asphalted. From Dar es Salaam, for example, a northern route leads to Kilimanjaro and on towards Nairobi. Denise and Nina took this connection during their stay in August 2019. For a distance of 500 km you easily need 12 hours by bus. The road traffic is one of the most unsafe in the world with many accidents. This is not only due to the insufficient traffic infrastructure, but also to driving without a driving licence.

In recent years, the number of mobile phone connections in particular has increased rapidly, which is why you can also check WhatsApp messages in the national park – far away from any civilization. This is very astonishing when you compare it with Germany, where the mobile phone network sometimes breaks down while driving…

But not only mobile radio, but also waste disposal is an important topic. Most Tanzanian households have no connection to the public waste disposal network. Deposit bottles and plastic waste can therefore not only be found in supermarkets, but above all on the streets. Some live from the garbage they collect and hand it over to recycling factories. But this does not solve the problem. In June 2019 Tanzania has now also introduced a ban on plastic bags. Violations of this ban could result in severe fines or imprisonment. This affects not only the manufacturers of plastic bags, but also the consumers: a plastic bag user could be fined 30,000 shillings (about 12 euros) or two weeks in prison.

You find fruther information in some of our other Blog posts:

The defining characteristics of the country are reflected in the colours of the national flag: 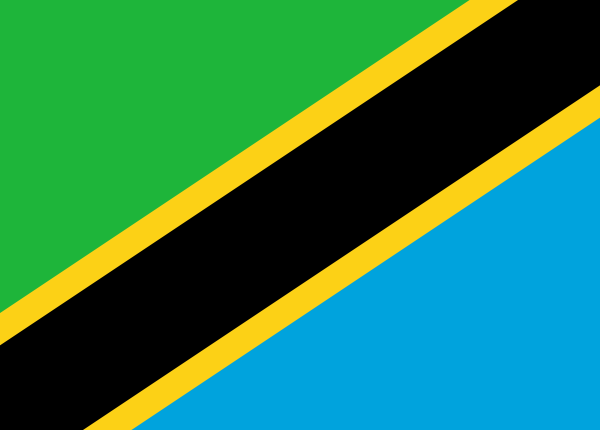